“Instead of sharing an experience the spectator must come to grips with things.” – Bertolt Brecht 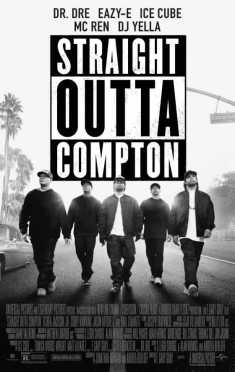 What is it that historians do?

On the one hand, they must tell The Truth. This means reading, watching, listening to, tasting, smelling, or touching every bit of evidence they can find, weighing them against each other, and then putting it all together into a faithful account of the past. Which is pretty much what they do. But on the other hand, because they are humans, living in this noisy and contentious world, historians always have some axe to grind. History means something, they maintain. And besides killing readers with boredom, history without meaning would be useless. It would just be a list of things that happened. Everything that ever happened. So historians have to make the past mean something, too. This means throwing some evidence out, maybe pointing at other evidence that might not seem important and saying, “there it is! The Truth!” Figuring out what to keep and what to ignore is a real dilemma. Nobody will agree. This, in short, is the historian’s dilemma: making choices without appearing to make choices. Making claims about today by appearing to make claims about the past.

This is contentious stuff. Most academic historians have long taken postmodern subjectivity for granted, attempting in turn to do the least harm by pulling into their work as much evidence as possible, from as many opposing voices as possible. Their readers, however, are impatient with both the problem and the solution. Most readers tend to see the past as immutable—as a story just waiting to be uncovered—and the documents required to tell that immutable story as mostly self-evident. Rather than complications of interpretation, readers see challenges of comprehension and accessibility. Knowing where to find documents and how to translate their archaic prose is challenging enough, they claim. With this arcane knowledge, historians should have no problem interpreting what they find and telling The Truth. Efforts on the part of academic historians to incorporate alternative sources, to include an abundance of notes, or to challenge their readers with theory are routinely derided. Amazon reviewers often savage academic books for being too detailed, too unsure—too boring—while school boards argue that they are too interesting, too provocative or heterodox for students. What is a historian to do?

It is clear that Director F. Gary Gray and the producers of Straight Outta Compton faced the historian’s dilemma. Compton is a film obsessed with its own history, as though viewers are listening to a deep conversation between Dr. Dre, Ice Cube, and their own reflections in the bathroom mirror about where they’ve been and how they got there. Gray offers is an exceptional rendering of those conversations, replete with outstanding performances from a fairly green cast—anchored by Paul Giamatti—and a workmanlike attention to detail.

Too bad it doesn’t have much to say.

Let me tell you a story. Once upon a time—the late 1980s, a time increasingly shrouded in pre-Golden Age mystique—it was rough in the Los Angeles ghetto. A group of young black men were making their way through the hard times, honing their talents (or courting an early grave) in obscurity despite the efforts of the police state to break their will or end their life. One day, the group of young men decided to do something about their obscurity and formed a rap group. It wasn’t very difficult to record a hit single, but it was even easier to find a manager who could sell their talents to a record label after they did. They were immediately successful. A bunch of rock-star stuff happened, the group of young men got into a fight, and then the rap group split up. Two of them were immediately successful after the breakup; one wasn’t. A bunch of other stuff happened. The now-unsuccessful one ended his relationship with the agent and then, right before staging a comeback with the still-successful young men who used to be part of his rap group, succumbed to AIDS. The other young men cry and reflect.

That’s pretty much it. One does not get an honest sense of the struggle involved when obscure young black men build a career out of sheer talent and provocation from the very heart of the American nightworld. Police violence, for example—such a prominent part of the film’s first two acts and in the real-life NWA’s meteoric rise to fame—simply disappears in the third act. Gone. Manager Jerry Heller’s treachery is only vaguely outlined. Less vague, perhaps, are the hints of cultural and social tension between the fairly affluent Heller and the rappers he represents, but not much. Dr. Dre and Ice Cube’s success is not vague at all, however. Both easily sidestep the belligerent malfeasance of entertainment capital: Ice Cube by obliterating obstacles with a baseball bat, Dre by rolling over them with a steam-powered Suge Knight. Eazy-E alone struggles with the system. One-by-one, the fragments of late twentieth-century failure pile on E’s shoulders: friendships broken by bounced checks, a heartbreaking series of moves back toward the underclass, and, finally, the cruel denouement offered by HIV and AIDS. These are Eazy-E’s problems, though, and don’t belong to his friends or the viewer. None but E are complicit in his fall from grace.*

These are tragically missed opportunities. Unfortunately, Straight Outta Compton takes the easy way out of the historian’s dilemma: mere narrative; evidence without meaning. The narrative itself is solid and entertaining, absolutely, but the whole is dissatisfying. By refusing to answer or even pose deeper questions of meaning, the filmmakers leave it up to viewers to formulate their own questions and answers. Is this just another touchstone of American consensus, another tired affirmation that we, too, can be successful if we are talented and hard-working enough to overcome adversity? Perhaps. Or is there something else here, some covert meaning in the filmmakers’ refusal to pose these questions? Maybe that too. Eazy-E is a remarkably tragic figure, after all.

But then again, maybe not. Ultimately, one must ask: what is the argument? I don’t know. Straight Outta Compton doesn’t have the answers.

* And maybe Jerry Heller, but, again, the details are hazy.