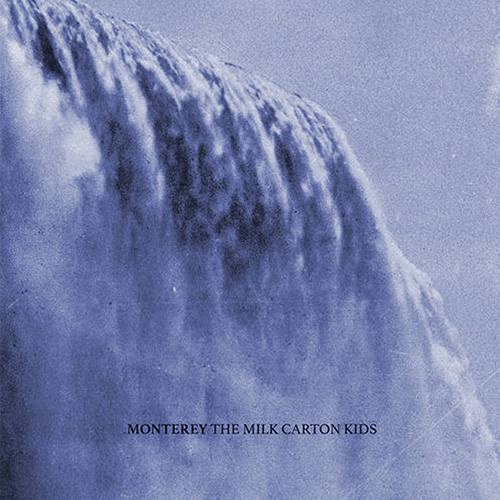 Music is made from things. Some–the great majority of the productions on the radio or iTunes chart at this moment–is built from a remarkably predictable collaboration between machines. Humans sit atop the machines, to be sure, pressing the buttons and typing the commands that guide their logic. But the machines make the music. Pressing the hard plastic keys or soft rubber pads of a synthesizer produces the same sound, by design, every time. So, too, clicking the mouse or applying pressure to the trackpad to carefully arrange drumbeats results in a strong, predictable rhythmic skeleton. The programmed bass kicks and snare taps kick and tap with remarkable precision, over and over again, until the human clicks the mouse again to end the loop. This kind of music is one solution to an algebraic function that could just as easily produce the parenthetical smile of an emoji on the screen or guide the decision-making processes of a linebacker in the latest installment of Madden. The same math makes this kind of music a natural choice for record executives, bean counters, and stock analysts. The formula is well-known, as are the tools.

The Milk Carton Kids’ fourth album, Monterey, is made from different things. The quiet, haunting harmonies of folk duo Kenneth Pattengale and Joey Ryan evince the more subtle workings of wood and air, flesh and string. Their delicately interwoven guitar work reminds the listener of the instrument’s traditional bona fides. Equal parts philosopher and showman, the guitar in the hands of Pattengale and Ryan is an instrument of nuance and intimacy. The dynamic relationship between performers, audience, instruments, and space makes each acoustic performance different from the last. In contrast with the cold predictability of digital pop, then, Monterey is contingent. It is honest.

The album opens with an earnest invitation to sit and reflect with “Asheville Skies,” an introspective piece reminiscent of Simon & Garfunkel and the California mellow sound that would be difficult to perform for a raucous audience. “Getaway” finds the duo descending from the foothills of the Appalachians to the darker reaches of the soul. “The shatter of the bottles would scare me somethin’ awful as a kid,” the duo sing in unison to open the track. “My fear how it would harden,” they continue: “and find a home in places that I hid.” The sunny guitar tones of Baja California trouble the song’s vague references to the Deep South, however–the pair mention an event “outside Tuscaloosa”–and briefly complicate the integrity of the piece. “Monterey” puts this tension to rest by evoking the classic country sound of Marty Robbins and Willie Nelson. “I can hear the road call,” Pattengale and Ryan sing in the eponymous track, pointing to “an old refrain to light the way.” American roads cut twisted paths through the middle of Monterey, indeed; The Milk Carton Kids pass through the postindustrial landscapes they reveal with the windows up, though, relaying only filtered impressions of what they see and feel. The miseries of abuse and the cryptic darkness of the Deep South are but distant blips in the rearview mirror by the third song on the album.

“Secrets of the Stars” and “Freedom” offer understated and straightforward technical ability. “Freedom” is quietly skeptical. “Candles burn in memory,” the duo sings at the end: “freedom is a fading dream.” “High Hopes” resolves this intellectual dissonance with consonant chords but refocuses the tension on the individual. “The war ain’t over there,” Pattengale and Ryan sing: “It’s here with me. The battle of the bloody century.” The rest of the album revolves around these individual struggles, introducing an occasionally refreshing note of clarity to otherwise tired themes. The thirty-something singers struggle with aging in “Shooting Shadows” (where, tellingly, “I heard your grandpa died” is meant to convey the advancing age of the singer and his listener) and “The City of the Lady,” but argue poignantly that “history is hangin’ as a picture in a frame/ everywhere we go we are the child of where we came.”

“Poison Tree” ends the album as quietly as it began. “I’m a little man in a little town,” the duo explain in the voice of a nameless narrator: “it’s a little cold [and] I’m a little down.” As if to give one final nudge before parting, the repetition of the word “little” throughout “Poison Tree” reminds the listener of Monterey’s understatement. Humility and restraint underwrite the confidence and maturity of Pattengale and Ryan’s songwriting and instrumental skill.

Sometimes they could push a little harder, in fact. If the folk revolution of the early sixties was about making space and finding time to think–to ponder “events too troubling to dismiss,” as the authors of the Port Huron Statement put it in 1962–folk music today is an increasingly hardy reaction to the false logic and icy predictability of neoliberalism and its popular soundscape. Monterey positively shimmers with this promise, inviting listeners with warm harmonies and charming instrumentation to be present with one another as they consider its modest claims. This modesty often translates into a frustratingly flat affect, however, and one song threatens to blend into the next by the end of the album. Pattengale and Ryan could better harness the power of contingency and intimacy on Monterey. They could push a few more emotional buttons. They could let the music drive them, sometimes, rather than the other way around.

There is much more The Milk Carton Kids could do, indeed; but Monterey is both challenging and rewarding all the same. It is rich and beautiful. Some music is made with numbers and plastic. This music is made from more natural elements.